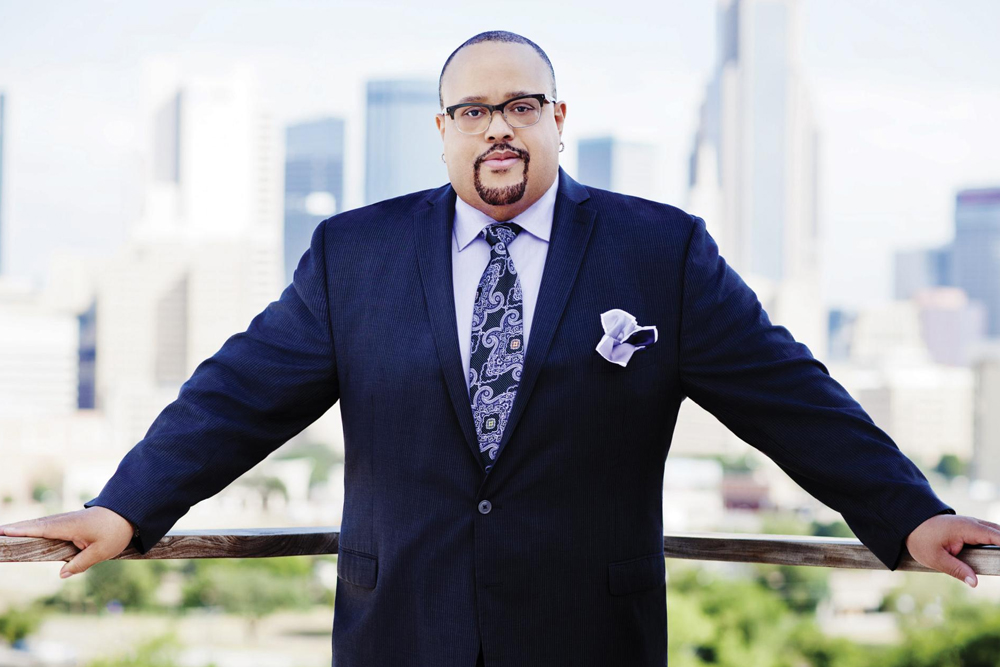 For more than 35 years, music lovers around the world have known Grammy Award Winning artist Fred Hammond as a gifted vocalist, songwriter, musician, producer and arranger. But as his peers and supporters alike have so reverently declared, he is without debate the architect behind the creation of a phenomenon in Gospel music, Urban Praise & Worship—a genre of gospel music that did not exist prior.

As a result, Fred Hammond has become one of the most respected names in the music industry! In fact, Essence Magazine (2017 Collector’s Edition) names Fred Hammond in the esteemed list of the 50 Greatest Male Singers of All Time! Fred Hammond has been hailed as an Inspirational Music Icon whose music STILL reaches people from all walks of life.

Chance the Rapper recently performed his remake of Hammond’s hit song “Let the Praise Begin” (entitled “Blessing/Are You Ready?”) on The Tonight Show w/Jimmy Fallon. Jamie Foxx performed Hammond’s signature anthem “No Weapon” during his acceptance speech at the NAACP Awards and elaborated during an interview (on Jimmy Kimmel Live) about how the song had such an incredible impact on Quentin Tarantino, Kerry Washington and the cast of D’Jango as they were shooting some of their most intense, heart-wrenching scenes.

Throughout his professional career, Hammond has maintained a reputation for excellence and few gospel artists can boast of the consistency of sales, radio airplay and concert appearances that Hammond has achieved over the course of his career independent of the cross-over boost. As a solo artist, founder of the pioneering urban group, Commissioned, and his work with Radical for Christ combined, Fred has sold over 8 million albums and these endeavors have made him a mainstay on Billboard’s Gospel Chart top 10. His previous release {Pages of Life} Chapters I & II exceeded Double Platinum status and held the #1 position on the Billboard Gospel Charts for over 15 weeks. His 2006 project entitled Free To Worship bombarded Billboard’s #1 position on the Gospel Charts and was hailed as one of the year’s best-selling gospel albums.

Beyond Hammond’s individual success, his achievements as CEO of Face To Face Productions and the FHammond Music Label have placed him in a class by himself. Since their inception, Hammond has served as producer on more than 100 album projects, racking up numerous awards and nominations including the Grammy, BET, N.A.A.C.P. Image, Stellar, Dove, and GMWA Excellence Awards. His debut independent release entitled “In Case You Missed it and Then Some” sold well over 200,000 copies. Over the years, he went on to produce several other incredible specialty projects including his Jazz album Grandad Turner, the project dedicated to love, relationships, and marriage–God, Love, and Romance, and the formation of the United Tenors—an incredible, relevant yet nostalgic presentation of the ultimate, modern-day quartet with hit after hit, earning several stellar awards and nominations in 2013.

The pages continue to turn for the platinum recording artist! Hammond has taken his creative savvy to a higher level moving into from the stage to the big screen with the movie, The Gospel. This feature film was both Executive Produced and Inspired by Hammond, and boasted a stellar cast including Boris Kojo, Nona Gaye, Donnie McClurkin, Yolanda Adams, Hezekiah Walker and Martha Munizzi. His first independent film venture, “Christmas…Who Needs It” written by Hammond and PamKenyon M. Donald, took first place at the 2009 Hollywood Black Film Festival, is hailed as “…an intriguingly-hilarious dramedy which cleverly captures the true essence of Christmas,” and has found a home on multiple television networks around the world annually as a favored Christmas film during the holiday season!

In addition to Hammond’s studio career, he has continued to take his special brand of gospel to audiences around the world, performing an average of 30 weeks per year. Hammond has headlined thousands of concert dates with an average audience attendance of over 5,000, in addition to television appearances on the nationally syndicated Stellar Awards, Lou Rawls Parade of Stars, BET’s Celebration of Gospel, BET’s Walk ofFame, N.A.A.C.P.’s A Tribute to Stevie Wonder, 106 & Park and TBN’s highly-rated shows The Pat Boone Show, Praise The Lord, and The 700 Club.

Hammond continues to find touring success year after year and shows no signs of slowing down, recently wrapping the highly successful, annual 50+ city FESTIVAL OF PRAISE TOUR, which he headlined along with Donnie McClurkin, Hezekiah Walker, Israel Houghton, and Kim Burrell. In 1997, he shared the stage with Kirk Franklin & Yolanda Adams performing before more than 500,000 people on The Tour of Life, the most successful tour in gospel music history! He also served as the Creative Director and was Featured Artist on Walt “Baby” _Love’s Power 98, ALW’s The Living Proof and ALW’s The Shout 2000 Tours just to name a few.

Hammond continues to take the entertainment industry by storm! He co-wrote and directing the smash hit musical drama “Been There, Done That” with America’s favorite TV Judge, Greg Mathis. As for Hammond’s acting career, this production merely rekindled the fire! In addition to his work on the hit plays “Only the Strong” and the 2013 Broadway smash “Cain and Abel” with JD Lawrence, Hammond has debuted in several Daimler- Chrysler commercials as well.

In January 2014, the 53-year-old Detroit native’s faith was tested in a profoundly personal way: He underwent an excruciating double knee replacement surgery – the same procedure that claimed the life of his biological dad in the early ‘90s – and as a result was unable to walk. Forced for months to rely on family members, friends and sometimes total strangers to get around, the experience was almost too much for the staunchly self-reliant singer, who found it to be both excruciatingly painful and humiliating at times.

To cope during this dark, soul-searching period, the father of two leaned heavily on the Word and of course his beloved music, the result of which is I Will Trust, arguably the most intimate album of Hammond’s more than three decade-long career. A stunningly honest collection of songs balanced equally between stomp-worthy praise reports and deep, in-the-valley ballads, Hammond gathers his best and brightest — including go-to producers Phillip Feaster, Music Director and Calvin Rodgers – to deliver this powerfully transformative musical sermon.

Hammond’s single, Tell Me Where It Hurts, is the first of many forthcoming collaborations with the incomprehensible genius of Jovan Dawkins (Founder of Heritage Entertainment) Hammond & Dawkins present a new genre — Life Music — unveiling this passionate, heart-felt single sure to make any listener surrender to the unconditional love of a very real Savior.

Tell Me Where It Hurts — the voice of a loving Father who with open arms compels his children to bring their real-life issues, brokenness, disappointments, fears, and pain for healing that only truly come from Him. Not only is this awe-inspiring single currently slated to appear in the film, Turnt—a story based on the overwhelming epidemic of human trafficking—it has also been selected to appear on the Turnt sound track alongside several incredible artists including CardiB, Chris Brown, 2Chains, and several others!

Lastly, Fred’s newest single entitled, “Alright” is burning up the charts with an encouraging message that never gets old as he takes us back to the days just good ol’fashioned church!

As we anxiously await his next venture, we can rest assured it will be nothing short of sheer excellence. Hammond never ceases to amaze as he consistently exceeds the bounds of mediocrity! 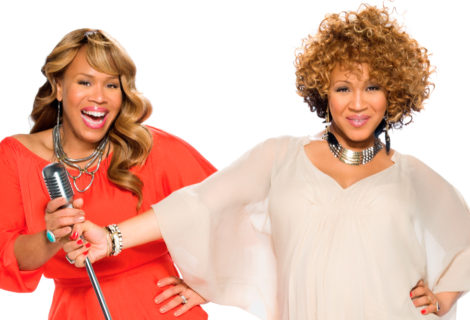 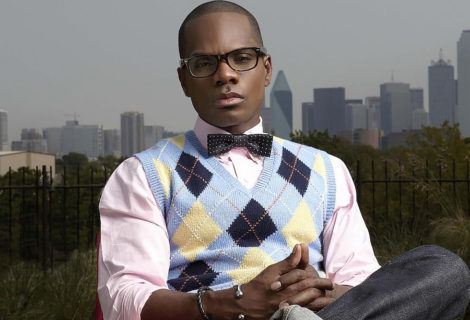 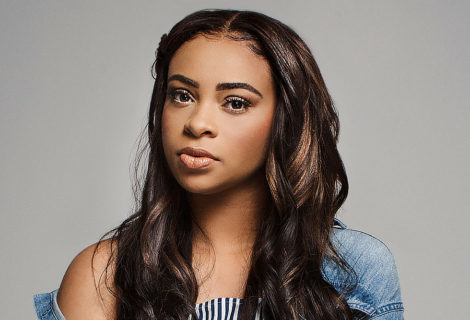 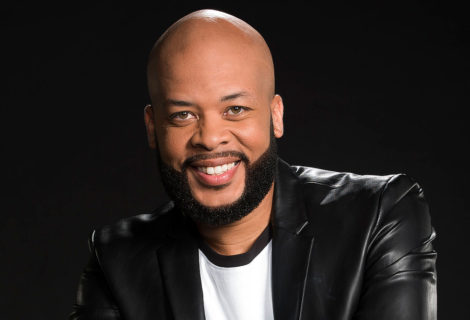